Yesterday, Monday 24th May 2021, the Unit celebrated its 3rd Anniversary since its launch in 2018, following a resolution of the 455th African Union Peace and Security Council Summit that was held on 2nd September 2014 in Nairobi, Kenya.

The EA-FLU operates with the support and in collaboration with various strategic partners, and these include; the African Union (AU), the Committee of Intelligence and Security Services of Africa (CISSA), East African Community (EAC),  and the Inter-Governmental Authority on Development (IGAD). Others partners include; the International Conference on the Great Lakes Region (ICGLR/ICGLR-JICF), African Union Mission in Somalia (AMISOM), Fusion and Liaison Unit-Sahel (UFL), and the African Center for Study and Research on Terrorism (ACSRT/CAERT).

The Unit Coordinator, Dr. Tom Magambo, noted that “Since inception, notable strides have been made towards accomplishing the strategic objective of contributing to peace and stability in the region.” However, he further observed that “the existing and emerging threats continue to be more complex, dispersed, difficult to detect and more challenging to defend sometimes hence the need for enhanced coordination”. 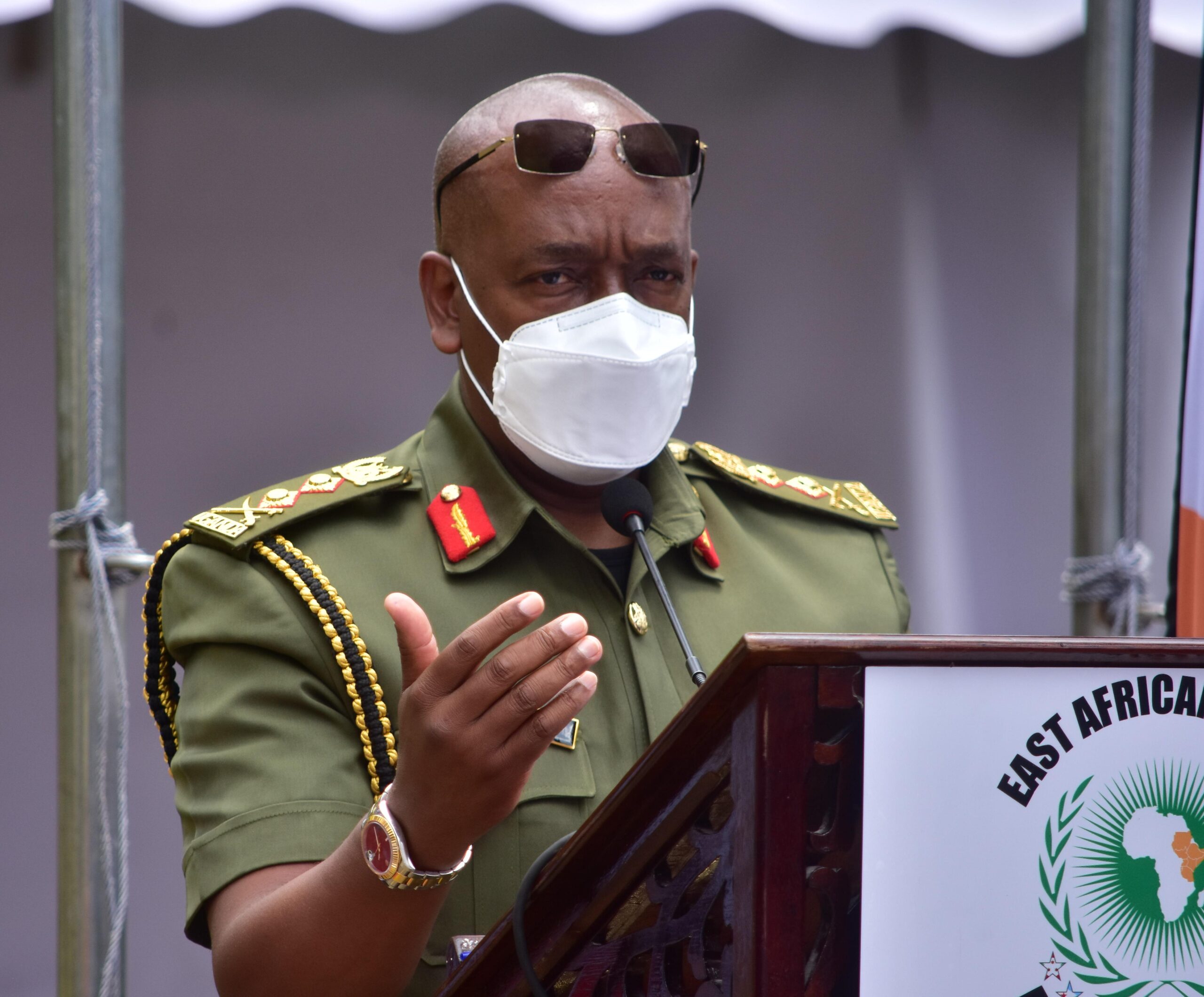 On his part, the Chief Guest, Maj Gen Leopold Kyanda(in photo above), the UPDF Chief of Staff, Land Forces, congratulated the team at the Unit for the impressive work in the last three years and further expressed hope that with support from Partner States in the region, more achievements would be registered. He also reiterated the commitment by the Republic of Uganda to host and support the Unit in the spirit of Pan-Africanism and regional integration.

“The symbiotic relationship between Terrorism, Transnational Organised Crime, Conflict and Peace and Security in the Eastern Africa region, is a serious issue of concern that requires collaboration of all stakeholders in addressing the threat”, Maj. Gen. Kyanda said.

Piracy and cybercrime aspects among others, continue to threaten human security, leads to violation of human rights, increases corruption and undermines the social, cultural, political and civil development of the communities within the Eastern Africa Region and beyond.

Some notable guests who attended the function were; Amb. Charles Sentongo and Ms Margret Kedisi from the Ministry of Foreign Affairs, and representatives from the Ministries of Defence, Security, Public Service, Presidency, East African Community Affairs and the Diplomatic community of the participating Member Parties.