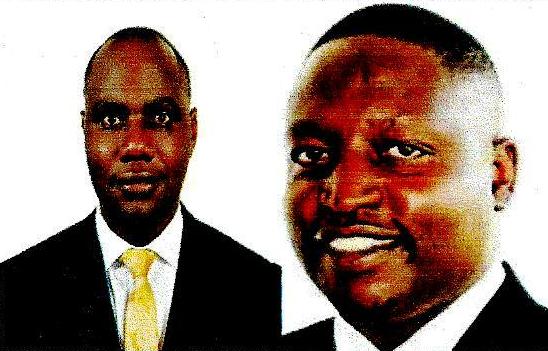 A political analysis done by the Eastafricanwatch.net net indicates that Members of Parliament David Bahati, Henry Musasizi, Dr. Chris Baryomusi and Sarah Mateke and Sam Bitangaro have over 90% chances of bouncing back to the next parliament.

These are some of the Kigezi Politicians that should win next weeks Parliamentary polls.

Most first trounced their opponents in the NRM party primary elections and should be able to win again in the national polls that will be conducted by the independent electoral commission of Uganda.

Ugandans will be voting for President and MPs next week on 14th January 2021.

In most of western Uganda, when an MP candidate scoops the NRM party flag they are as good as MP elects of their constituencies. Some parts of Rukungiri district maybe exceptional to this where Dr. Kiizza Besigye has special influence.

What about David Bahati seat?

Hon Bahati the Ndorwa West MP will face of with Simpson Mpirirwe who was formerly his campaign manager.

Bahati already defeated Simpson in the NRM polls. Other weak candidates are also in the race accompanying Hon Bahati who is set to win next week’s polls.

Hon Bahati according to his constituents has used this chance before the NRM polls to fulfill all his pledges and they were over sh700million. This was pledges to churches and other community projects. He has now been working on winning next week’s polls and has been consistently visiting the constituency.

Bahati according to his political assistant one Pascal, has delivered and he has balanced religions in his area; Catholics and Anglicans by contributing to them almost equally and he is also gentle.

In Kigezi you may have delivered but should a candidate or politician be arrogant the voters will vote him or her out but for Hon Bahati he is gentle and sells himself as an orphan who has won the hearts of many of his electorate who keep voting him.

“Those attributes of being a delivering minister and MP and also on the ground, gentle and friendly, well-educated have endeared him to his voters. These people will be kind and reciprocate and vote him next week ,” Pascal stated. 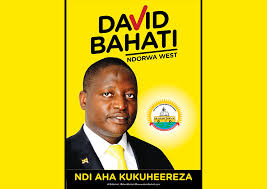 Some of Hon Bahati achievements;

Pascal also said that the Minister has provided financial, equipment and technical support to women, youths and other organised groups in the constituency to do trade and commerce.

“The minister has also ensured that all secondary schools in the constituency e.g Buranga, Kamuganguzi, Rubaya, Butanda, etc are rehabilitated and specifically equipped with libraries and laboratories to support education” he added.

Pascal also said Hon Bahati has Supported the creation of new sub counties and town councils e g Katuna, Ryakarimira, Kibuga and Kahungye so as to enhance service delivery in the constituency.

And that the minister has planned tarmacking of the Katuna – Rubaya -Muko road with a branch from Kamuganguzi to Ryakarimira whose funds have already been secured from the African Development Bank, he (Bahati) has also purchased an ambulance for the constituency and land for the construction of a new Health Centre in Kahungye.

He said the minister had also supported the Extension of piped water to all the highland areas of Kitumba, Kamuganguzi, Rubaya and up to Butanda sub counties.

Remember Bahati just like his name suggests; the lucky one, he won the last elections un opposed. 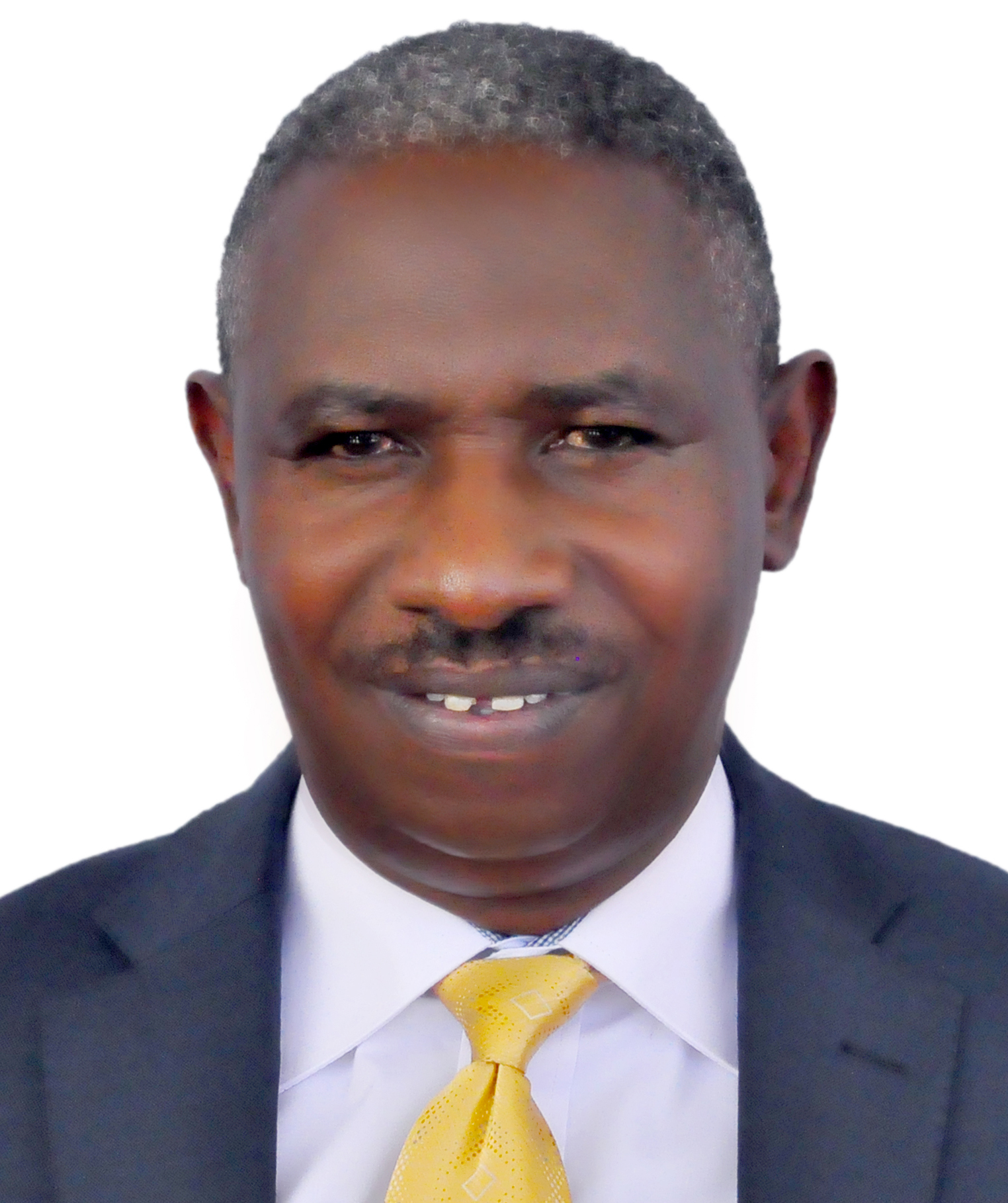 The Bufumbira South legislator and smart lawyer is set to face off with Eng. Alex Seruganda. Bitangaro is an independent candidate and Seruganda is the NRM flag bearer. Information on the ground indicates that Bitagaro thoug he lost in the NRM primaries he has since gained support on the ground.

Though a smart lawyer, he chooses to be simple, gentle and less controversial. He supports the NRM party but maybe because of being a lawyer he is not an extremist supporter and maybe for this and other reasons his constituents vote and like him.

He is also consistent in his support for President Yoweri Museveni and the NRM party.

Samuel Kwizera Bitangaro (born 6 October 1959) is a Ugandan lawyer and politician. He is the elected Member of Parliament for Bufumbira County South, in Kisoro District, in the Western Region of Uganda, to the 10th Parliament (2016 – 2021).

He represented this constituency earlier in the 7th Parliament (2001 – 2006). He is a member of the ruling National Resistance Movement political party in Uganda.

A former Minister of State for Gender and Culture, Bitangaro is the founding senior partner of Bitangaro and Company Advocates and the patron for Kisoro Foundation For Rural Development, a non-governmental organization in Kisoro District, Uganda. He is also a member of the Uganda Law Society. 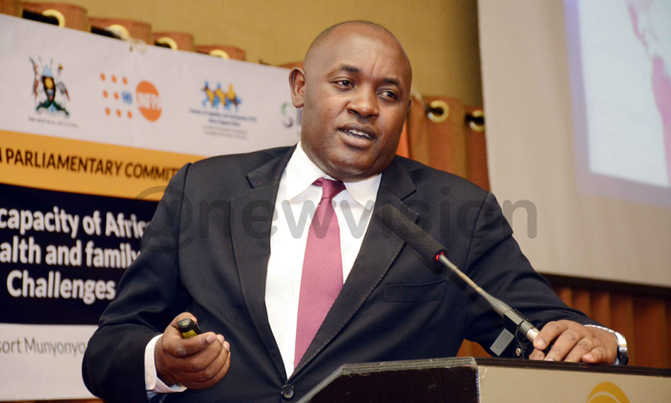 Dr. Baryomunsi replaced Rev. Hamlet Kabushenga in 2006 and this election has been a little stiff as he faces Deus Nkwasibwe(Omusisa) but whom he defeated in the NRM polls. Dr Baryomusi the NRM vice chairman for western region has all his party support to win at all costs and besides he has delivered to his constituents.

Who is Dr Chris Baryomunsi?

Baryomunsi is the elected member of Parliament for Kinkizi County East and a member of Uganda’s ruling party, the National Resistance Movement.

He is very lucky to have been recently elected the Vice chairman of NRM western Uganda. This makes him a force for the party and it gives him an edge over his opponents. Dr Baryomusi the minister of state for housing has been a strong government arm in defending government in the media and he is a smart medical doctor who wins because of smart strategies and political alliances. He will win next week’s polls.

He however has un answered issues of low electricity distribution and un fulfilled government pledge to tarmac Enengo-Kihihi-Kambuga-Katete road, which is a concern to the district.  But he has promised that the government will work on it soon. 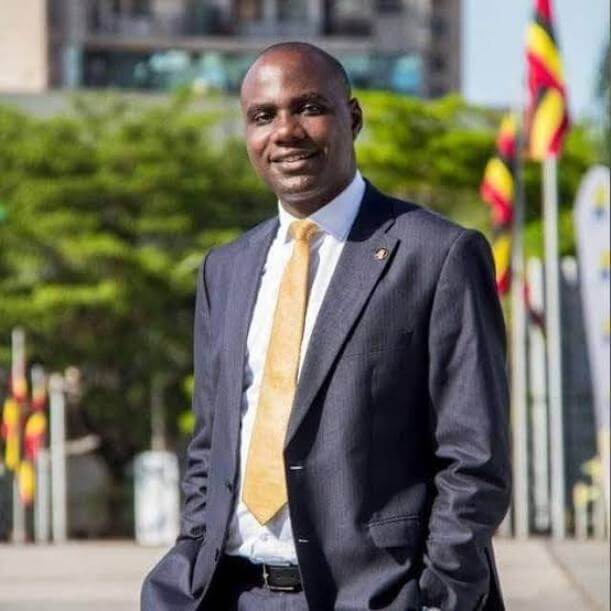 Henry Musasizi the Rubanda East MP will be facing off with the district chairman, Kenneth Jogo Biryabarema again. Musasizi nicknamed Omwojo defeated Biryabarema in the NRM polls. Biryabarema contested Musasizi win  at the NRM secretariat but was also defeated and humbled. He(Jogo) has again shot as an independent candidate but it is expected that he will lose to Hon Musasizi again. Although hon Musasizi’s opponent has dragged religion divisions in the race Musasizi is set to win because he says he has served all.

Achilles Byaruhanga is also in the same race but has failed to sale to constituents mainly because that he is stingy with money.

Musasizi who maintains that he has served all also doubles as the NRM district chairman.

He said has delivered and hopes to be supported and re-elected by voters although he accuses his opponent Biryabarema of masterminding election violence and religious sectarianism to attract attention.

“We vote Hon Musasizi basing on his achievements and we shall vote him back. His opponents are promoting election violence to get attention because they are few ” Kamugisha Musasizi’s supporter said.

Other several Musasizi’s supporter said they have no problem with him because he has delivered and that they cannot change a winning game.

Bellow are some of Hon Musasizi achievements;

sh5million towards purchase of land where the OPD was constructed

9.Supported St Johns. Secondary School to be taken over by Government

13.Contributed computers to all secondary schools in the constituency

14.Contributed to construction of ST. Xavier primary school in Kakore

15 Constructed bridges in various roads in the constituency

19.Have helped Rubanda District increase its budget from 16bn to 24bn this financial year. Part of this money is working on the road network in the constituency

21.Supported construction of various water springs in the constituency

22 Supported Bataka associations with saucepans and other items

22 Supported Bataka associations with saucepans and other items

23.Contributed PLE exams and mattress to the children who get 1st grade

24 Supported all churches in the constituency

26 He handed over five computers to St Adrian’s Seminary – Rubanda to help students in the study of Information Communication Technology.

27 He joined the people of Nyamiyaga parish in Bubare Sub county for Community service.

28 He commissioned the construction of Kacwekano – Kiraro – Kyabahinga – Road. It had been the cry of residents to have the road worked on, once completed it will help people to transport their agricultural products to markets. The road is funded by the ministry of works and transport under my initiative (Musasizi’s). 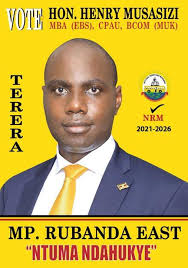 Henry Ariganyira Musasizi (born 25 February 1981) is a Ugandan business administrator, certified public accountant and politician. He is the reelected Member of Parliament for Rubanda County East and a representative for NRM, the ruling political party in Uganda.

Musasizi is the chairperson of the Committee on Finance, Planning and Economic Development and is a member of the Business Committee in the 10th Parliament of Uganda. He is the Chairperson NRM Rubanda District.

He also served on the Public Accounts Committee in the 9th Parliament.

Robert Tumwesigye, Kigezi Region Political Research Desk in his posts also agrees with our findings that the above politicians are bouncing back to parliament. He said Musasizi has a silent majority that will again humiliate Jogo.

” In Kabale and Rubanda districts the pair of Hon David Bahati and Hon Musasizi has been incredible as these young brains move national matters and issues in Parliament. It is expected that their pair will do a lot for Kigezi and the nation at large in the next term” Tumwesigye said 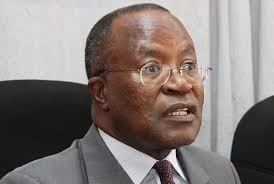 Other leaders that are expected to win in Kigezi include; Sarah N. Mateke, Nsaba Buturo, Paul Buchanayandi, Winfred Nuwagaba(Ndorwa East). Nuwagaba an independent candidate is expected to defeat Prutazio formerly of URA who has been rude and blag ant to the electorates in Ndorwa. The Bakiga hate the proud. 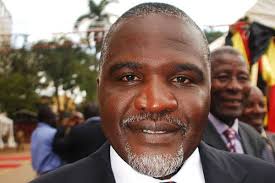 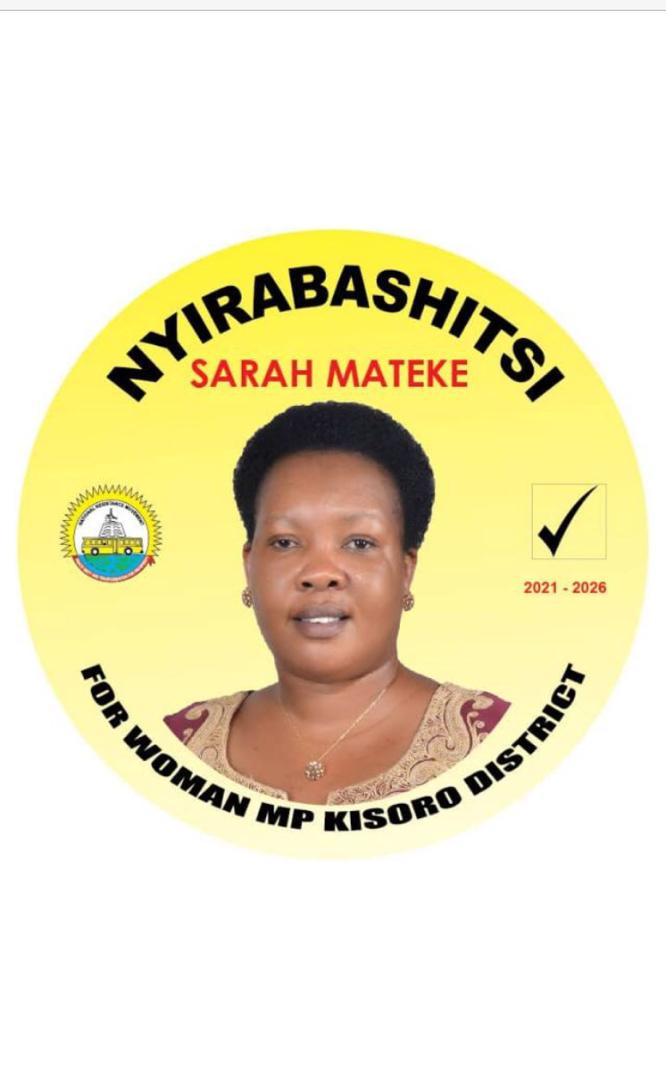 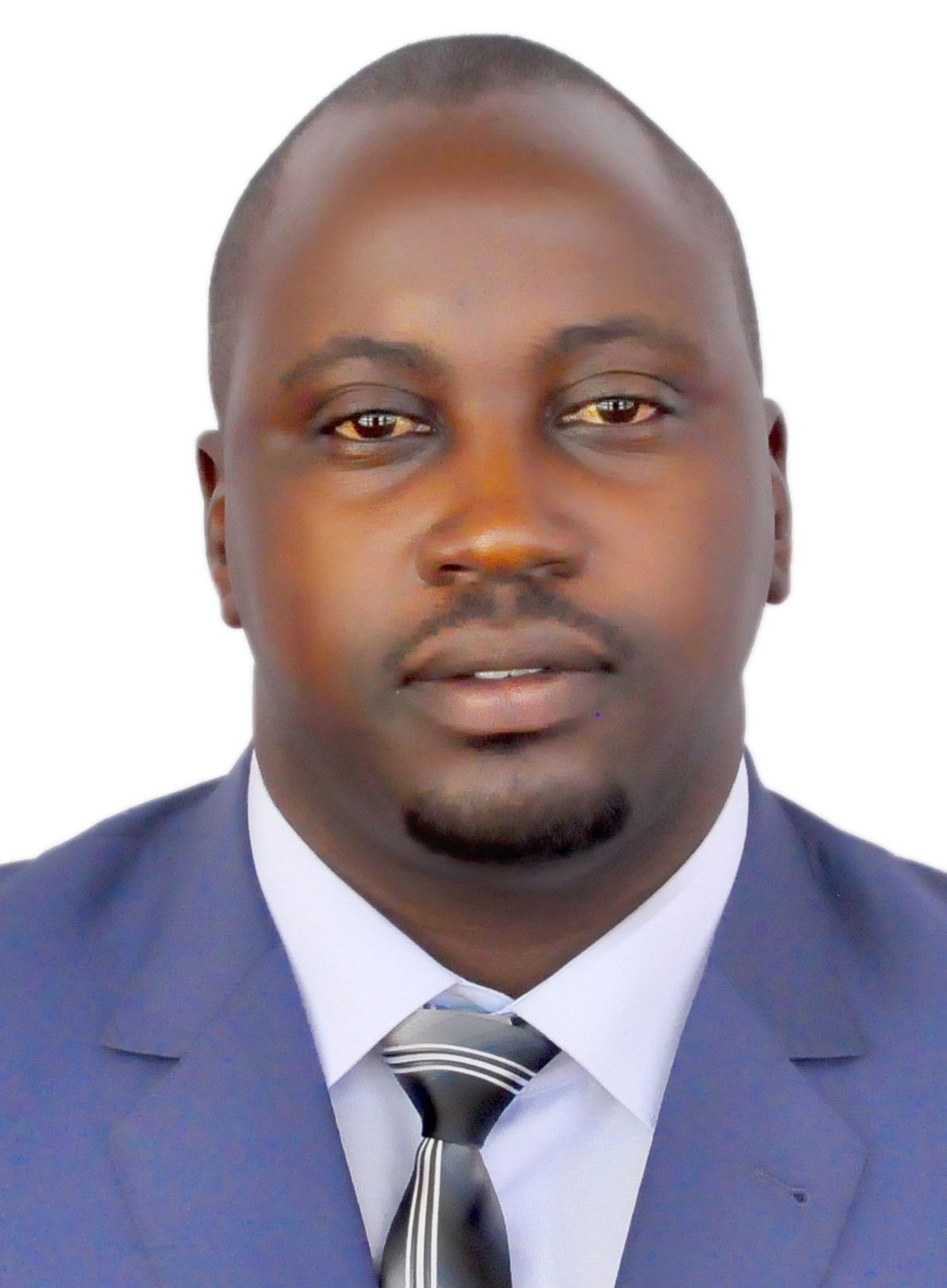 In Rukiga for woman MP Abigail will also win and Prosy will win the Rubanda woman MP seat. 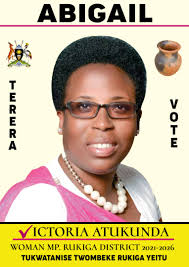 Sarah Mateke is the daughter of Dr. Philemon Mateke has done a lot of things for the people of Kisoro especially through supporting them to study. And Mzee and Minister Mateke is a winning name that will crash Rose Kabagyenyi the current Kisoro Woman MP.