94 year old Mzee Sematimba and five others released on bail

Mzee Ssematimba  Kyobe Mutebi ,94 (above) who had been locked up over land dispute and was last week sent to Kigo Government prison together with six others have been given bail.

They were released yesterday Monday by the Kajjansi Grade 1 Magistrate Christine Nantege. 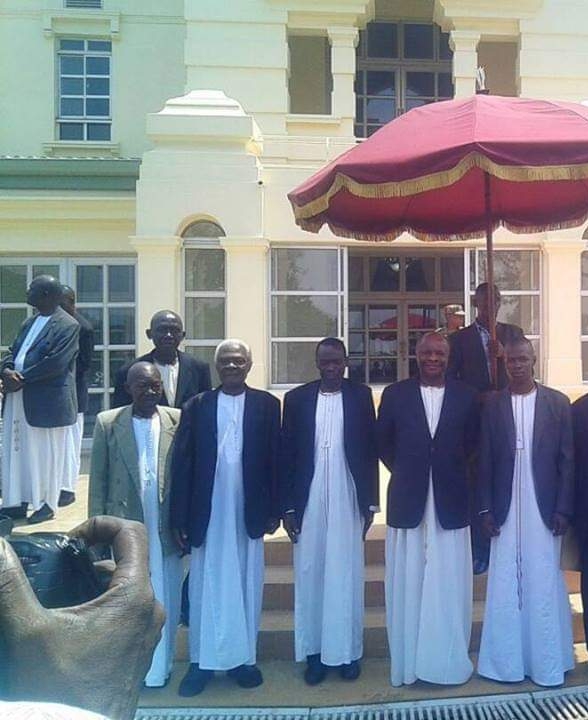 He alleged that the state house bos then mobilized over fifty people with fraudulent titles reading Block 410 Kasuku and whereas our Land is Block 409 Sisa and pushed for a forceful possession of the land in dispute by taking them to the commission of inquiry into Land matters. The commission advised that the status quo remains until a report is released by the commission.

Mzee added “Once the fraudsters realized they would not be assisted by the commission, they run to ACU”.

According to Mzee, following a meeting with all parties at the ACU, the Head ACU reportedly requested the immediate eviction of the Balangira from their Land.  The Unit is headed by Lt. Col Edith Nakalema.

Several tramped up charges have reportedly been drawn up against them(Mzee’s group) which include trespass and threatening violence charges among others. 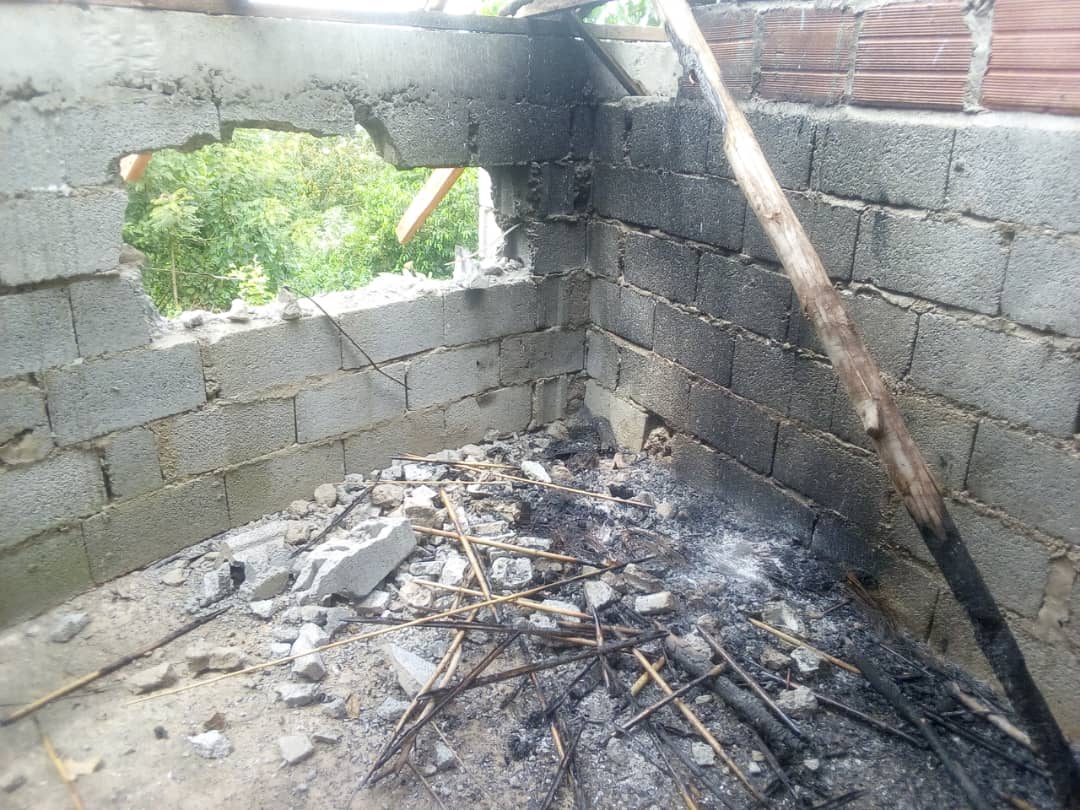 Photo above of the Masiro which was destroyed recently.

According to court, charges that were related with an Asian neighbor concerning boundary dispute against Mzee Sematimba have been withdrawn since the Asian said they were slapped on the suspects without his consent.

Mulangira Sematimba’s children and others, who include some government officials and some Local Council officials, Degedege Henry, allegedly Connived and declared Mulangira Sematimba dead, obtained fraudulent certificate of no objection and letters of Administration from Masaka High Court.

In 2018 Mulangira Sematimba won case against the fraudsters, Obtained Letters of Administration. This was at the Masaka High court where he defeated his three biological children; Kigala David, Mutebi Ronald, Ndagire Mariam and others who had illegally secured letters of administration.

The ruling in favor of Mzee Sematimba was given by Hon Lady Dr. Winfred N. Nabisinde and was delivered on 28th October 2018.

The  fraudulent letters of administration was cancelled by  Masaka High court .

“Now those behind his arrest are using guys like one Henry Degedege and others in government who demolished the masiro (royal tombs) ”. Ssempala added

He said he is Mzee Sematimba’s new lawyer having found him rotting at Kampala Central Police Station recently. 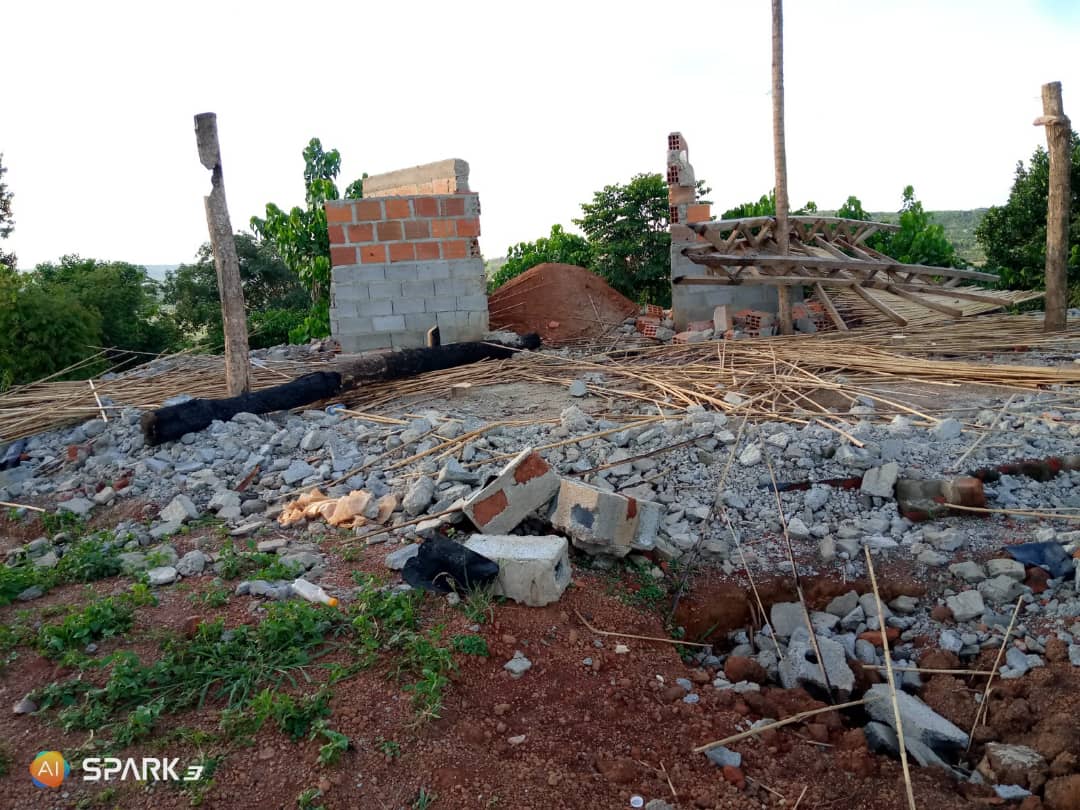 The Sisa Masiro shattered as in the photo above.

Ssempala said Mzee Semantimba’s first lawyer abandoned his client and the matter after he was locked up for allegedly handling the same matter.

It is not clear whether the top government officials behind the Mzee’s arrest have a full brief on the matter.

A top government official has been trying to bulldoze other officials in government especially in the ministry of Lands to throw the legal Administrators off their claimed land.

The Police Officer in Charge of Sisa ZainaWabwire is also alleged to be part of the people backing Mzee Sematimba’s children in fighting their father.

The fraudsters are reportedly having land tittles for this land reading block 410 Kasuku whereas the Balangira’s land is block 409 Sisa. It is not 4 square miles as alleged by some top government officials who have reportedly misinformed President Yoweri Museveni.

Mzee Sematimba also told the press after his release that he is fighting to throw away those who want to steal their ancestral land and wants to maintain his status as land lord.  He regretted the destruction of the Masiro. 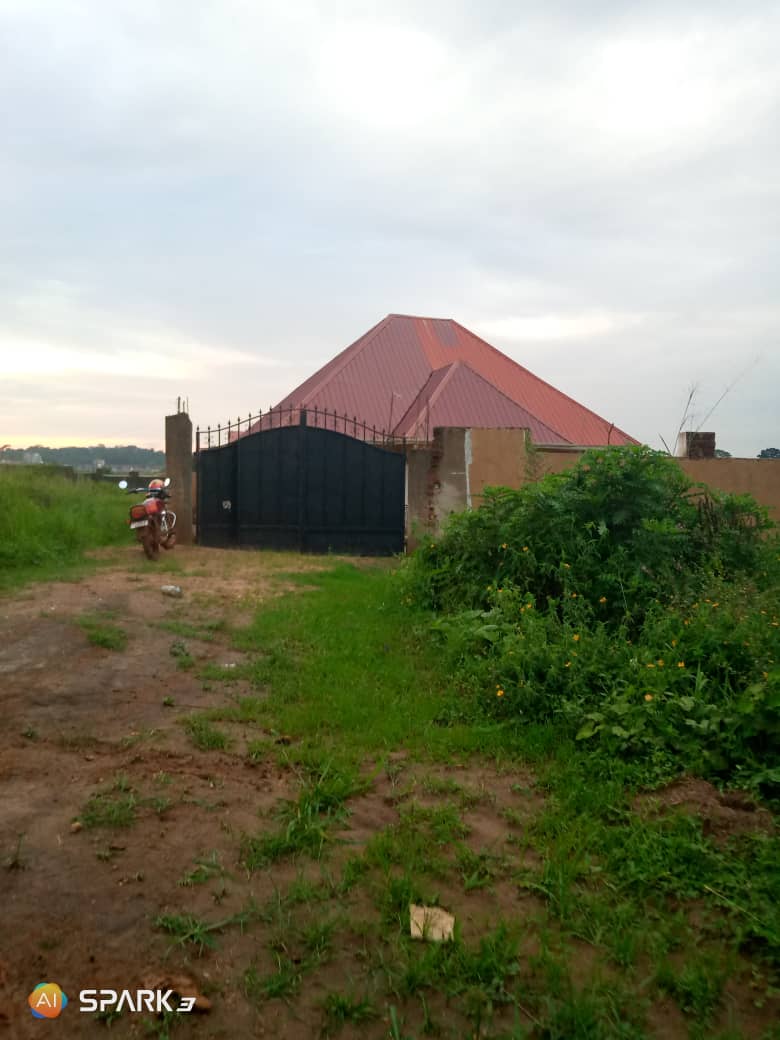 A house above in the photo said to belong to one of the officials.

However while still battling in Masaka high Court, the Fraudsters we’re busy obtaining  fraudulent titles and several sub divisions were being carried out.

But sources close to Mzee Sematimba said they have documents and will relentlessly fight for the Balangila’s land to the last drop.

“Some of our people behind Mzee Sematimba who are over 20,000 have been threatening to use violence but we have calmed them because we have documents that cannot whatsoever be challenged by these fraudsters” a source said.

“The fraudsters have been cheating people but this will be the last place they can cheat, we are solid, organized and the land documents we have are straight forward and un challengeable, go and tell them”  added.

Who is the late King KaguluTebuchwereke?

He is reported to have been a very ruthless and cruel King who ruled Buganda in around 1700. And should be the great grand father of Mzee Sematimba. He lived at Sisa as one of his ruling bases and we are told that Sisa hill is man made and actually Tebuchwereke made. It is said that subjects carried soil to fill and make that place a hill. It is presumed a hill was strategic for a King to see some parts of his kingdom and for security reasons.

The Hill besides the land disputes, Sisa is said to have spirits.