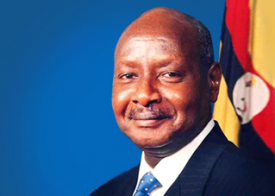 President Museveni on Sunday commissioned the Soroti Main Market in Soroti City.The new market financed by a loan from the African Development (AFDB) bank will accommodate over 1320 market vendors and a number of facilities, which include; market stalls, banks, fire, pharmacy and daycare facility spaces. Museveni .T. has been campaigning in Soroti region where […]

Nalongo Estates Limited has dragged to the High court two-government agencies, accusing them of breaching of contract, leaving Kampala flyover project at stake. Nalongo Estates filed the case against Kampala Capital City Authority (KCCA) and Uganda National Roads Authority (UNRA) in the Land Division of the High Court in Kampala on November 12, 2020. Through […]

The Minister of Works and Transport, Katumba Wamala confirmed that Dott Services Ltd will construct Uganda-DRC roads. But Government decision to award the contract of the construction of Uganda-DRC Roads to Dott Services Limited whose previous record is bad with shoddy works has been protested by a section of MPs on Parliament’s Physical Infrastructure Committee. […]

Potholes in photos in several roads of Kampala city. The potholes according to city dwellers are causing traffic jam and accidents. The city dwellers have appealed to KCCA to work on them. check the photos bellow of our beloved city. The KCCA Lord Mayor Elias Lukwago could not be reached for comment on how they […]

The Chief Executive Officer of Uganda national Farmers Federation (UNFF) Kenneth Katungisa has warned government to take into consideration the indigenous farmers of Uganda before signing the Genetic modified organisms(GMO) bill into law. “Our view as the farmers’ federation is that GMOs can be looked at as threat depending on the perspective, and in my […]

Dott service limited may not manage to construct DRC roads

The Ugandan government (Parliament) has just approved sh200b as part of Uganda’s contribution towards the DRC Roads construction project whose cost is estimated to be $334.5m (sh1.2tn). A Ugandan local company will construct the 223km roads connecting Uganda to the Eastern part of the DRC, the media reported recently. It has also been reported in some media […]

Another baby gorilla is born at Bwindi Impenetrable 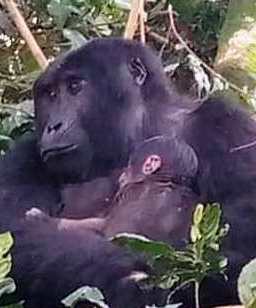 Great news from the Bwindi Impenetrable, yet another gorilla baby birth. The new born was observed in Kutu family named after the silver back of the group located in southern sector at Rushaga. The family is relatively new. The baby was born on 21st of October 2020. This is the second baby from this adult […] 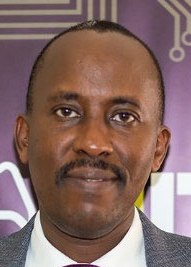 Uganda Revenue Authority Commissioner General John Musinguzi has revealed that the tax body registered net revenue collections of UGX4T against a target of UGX2.9T reflecting a performance percentage of a whopping 135.69% during the first quarter of the FY2020/21 from July to September 2020. He made this revelation yesterday while launching the tax payer appreciation […]

Annual Media Conference is the initiative of GLCSMS.org and its subsidiary digital newspaper, TND News.  Started in September 2016 as an informal media conference, Milton Emmy Akwam, the event’s chief initiator and his team in 2019 attached the event to GLCSMS. Over the last years, the conference has brought together close to 300 participants who […] A Senior NRM mobiliser for Bunyoro region Mr. Amlan Tumusiime has blasted several civil society organizations for inciting Ugandans not to buy Hoima sugar and other products produced by Hoima sugar limited on pretext of saving Bugoma forest. Tumusiime who also doubles as a Deputy Spokesperson in the office of the NRM National Chairman HE […]