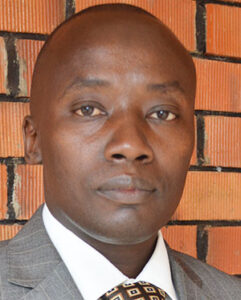 Government will not vaccinate animals in Lake Mburo National park as a measure to curb Foot-and-Mouth Disease which has ravaged cattle in most districts of western Uganda.

Bashir Hagi, the UWA publicist said in a telephone interview Tuesday that government is only vaccinating domesticated animals and cannot vaccinate wild animals in the park.

His statement follows requests by the local leaders of Kiruhura district and other leaders in the region who want government to vaccinate wild animals in Lake Mburo National park.

The leaders think that the wild animals which sometimes mix with the cattle especially those that graze in the park keep infecting the cattle with FMD which makes the fight against FMD complicated. 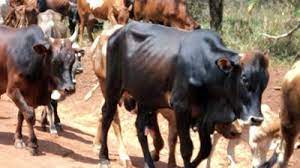 “We cannot vaccinate animals in the wild. Vaccinating domesticated ones is enough” Hagi said

The State Minister for Animal Industry, Lt Col (Rtd) Bright Rwamirama also said its difficult to vaccinate the wild animals but that controls should be made to ensure that the wild and domesticated animals reduce physical contact.

Rwamirama said the FMD is a huge problem to cattle but asked for the cooperation of famers and all those in the livestock industry to observe government guidelines and interventions.

Recently he declined to farmers who were asking him to lift the cattle quarantine when they are not yet sure of the success and progress of FMD vaccination.

“I am aware of what you are going through because I am also a farmer, but I cannot allow my officers to lift the quarantine when I am not yet sure all animals are properly vaccinated, otherwise it may be spread to other areas and that will be a disaster to the country,” he said.

“The Minister of State for Animal Husbandry said the lift of the quarantine will be done systematically in areas which are secure and for those that still have Foot-and-Mouth Disease will be put under partial quarantine,” reads a statement released by Ms Gladys Baligonzaki, a Senior Communication Officer at the Ministry of Agriculture.

Dr Anna Rose Ademun, the Commissioner of Animal Health, said Foot-and-Mouth Disease is the biggest threat to livestock in the country and noted that once it is not handled properly the country will lose a lot from exports.

Some farmers said they are ready to pay any amount of money to wipe out the disease.
The Agriculture ministry says FMD has affected more than 33 districts.

The first FMD outbreak in Uganda was recorded in 1953. Since then, it occurs annually and do not seem to follow a particular pattern.
Some veterinary experts say before declaring an area completely free of FMD, it is mandatory for authorities to wait for at least six months from the time of the last case.

where cattle markets had allegedly been forcefully opened by cattle keepers.

FMD disease has been attributed to continuous grazing of animals from Lake Mburo National Park.

He said if that is done will help to reduce the cattle from being infected by wild animals.

The Kazo District Veterinary Officer Richard Kiyemba said that they are facing a challenge of unscrupulous people who keep smuggling livestock out of the district at night. .

Kiruhura district is among the other five districts of Mbarara, Kazo, Ibanda, Sheema, Bushenyi and Isingiro that were put under quarantine following the outbreak of FMD some time back.

Some of the measures that were put in place to stop the spread of the disease include banning the movement of cattle and sell of cattle products like meat.

However, some cattle keepers continue to smuggle cattle and their products through porous routes.