Amlan Tumusiime, the NRM senior mobilizer in Bunyoro has criticized the State Minister for Environment Hon. Beatrice Anywar for joining the fray of some civil society organizations, calling on Ugandans to boycott Hoima sugar limited products over Bugoma forest.
Tumusiime who also doubles as a Deputy spokesman office of President Museveni in his capacity as a National Chairman NRM said that Hon. Anywar was wrong to join the civil society organizations in decampaigning Hoima sugar without proper facts.

The truth is that Hoima sugar was not planting sugarcane in Bugoma forest but in another piece of land called Muhangaizima which was leased to Hoima sugar limited by the Bunyoro kitara kingdom. ” How can a whole minister allow herself be deceived by the civil society groups. It is not proper for a minister to call for boycott of products produced by the investors. We need to protect our investors because they have a lot they are contributing for the development of our country ” Tumusiime said 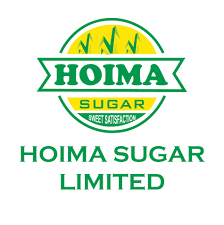 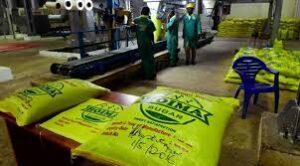 Recently Hon. Anywar was quoted on several on line publications saying that it was not wise for Hoima sugar limited, a sugar producing company to cut down Bugoma forest in the name of planting sugarcane. The minister asked Ugandans to boycott Hoima sugar. This call had been previously echoed by some civil society organizations including AFIEGO. They addressed a press conference in Kampala and asked Ugandans to boycott Hoima sugar and other products.

The Daily monitor wrote ‘’The Minister of State for Environment Beatrice Anywar has called for the blacklisting of Hoima Sugar Limited, the company at the center of the controversial giveaway of Bugoma central forest reserve for sugarcane growing. Anywar wondered how the company which is bent on pushing its business interests at the cost of the country’s environment can be allowed to go on’’

Minister Anywar was the first senior government minister to make such a reckless statement.

Tumusiime further revealed that Hon. Anywar is being used by some of the civil society organizations who are fighting the NRM by sabotaging the investor in the country.

Tumusiime explained that Hoima sugar limited entered a business deal with the Bunyoro Kitara kingdom and leased the 21 square miles piece of land to Hoima sugar limited for a period of 99 years. What the public should know is that the land in question is not part of Bugoma forest, Tumusiime clears the air. .

He added that the people of Bunyoro have since realized that Bugoma forest is safe and are now in total support of Hoima sugar limited because they are offering people jobs and other benefits that would benefit the community. Hoima sugar limited is currently having a sugar factory at Kiswaza in kiziranfumbi sub county, Kikuube district.

Tumusiime said that the minister should get all facts right before joining civil society organizations to incite the people against Hoima sugar limited. ” Since the minister has powers to get any information she wants, let her consult NEMA, she will get the facts as they are” Tumusiime advised.