My son who had Corona virus has been cured- Dr. Magufuli 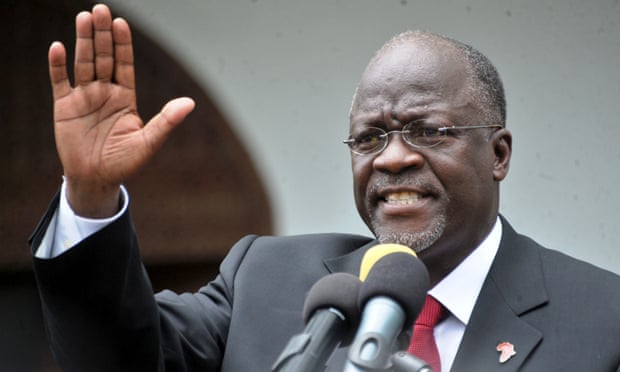 Tanzania’s President John Magufuli (in photo above) has said the economy is “more important than the threat posed by coronavirus”, adding that he wants to reopen the country for tourism despite warnings that Africa could face the next wave of the disease.

Magufuli also has said that his own child contracted Covid-19, but recovered quickly after he underwent alternative treatment.

He went into self-isolation and underwent traditional treatment until he recovered.

“My own biological child…he isolated himself in a room and started treating himself. He put himself close to the vapour of some heated/boiled herbs…He ate lemons and ginger and he recovered. He is now doing well and is even able to do push-ups,” said Dr Magufuli.

He was speaking during a Sunday Service at the Evangelical Lutheran Church in Tanzania (ELCT) Parish in his Chato hometown on Sunday, May 17, 2020.

President Magufuli said the number of Covid-19 cases in the country has dropped to an extent he was considering to reopen colleges if the situation remains unchanged until next week.

He said the country decided to leave its borders open because of the belief in the integration of regional economies.

According to President Magufuli, those coming to Tanzania will do so because they know the truth about Covid-19.

The President said Tanzania’s handling of the Covid-19 pandemic is in such a way that the country’s economy comes first and above everything else.

“We have had a number of viral diseases, including Aids and measles. Our economy must come first. It must not sleep. If we allow our economy to sleep, we will not receive salaries….Church offerings will cease if we announce a lockdown….Life must go on,” he said.

Below is the President’s speech in Kiswahili. 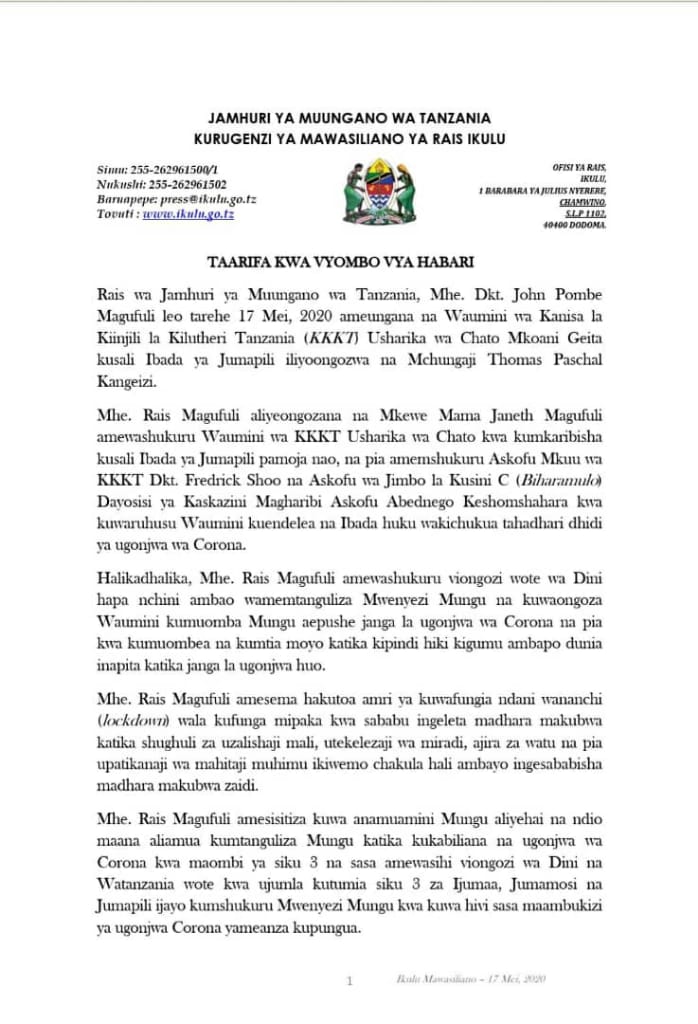 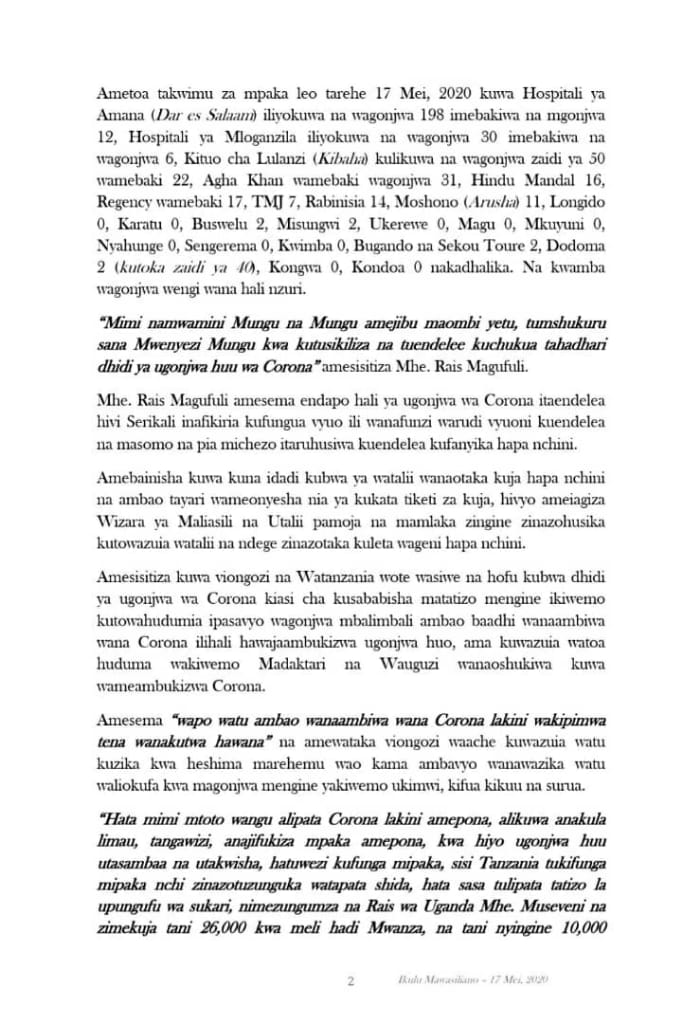