NWSC procurements were cleared by Solicitor General; Lira and Bushenyi training centres were legally set up 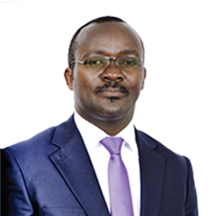 KAMPALA — The Board of the National Water & Sewerage Corporation has stated that they have no problem with the procedure in the procurement of training centres in Northern and Western Uganda, and other projects.

Top officials have also defended the Managing Director Dr. Silver Mugisha against allegations of involvement in some of the mentioned projects, dismissed allegations that his private residence was constructed on the corporation’s land.

At a recent session, the board was informed that the acquisition of the corporation’s two training facilities — one at Kachung in Lira, and another in Bushenyi, had been done following the guidelines of the Public Procurement and Disposal of Public Assets Authority (PPDA).

The officials also explained that the procurements were subjected to a variation process before the government’s chief valuer before the vendors were paid.

The NWSC acquired two training centres in Lira, Northern Uganda and Bushenyi, South Western Uganda as part of the corporate plan 2018-2024 to boost the corporation’s staff training programmes, to supplement that at Ggaba in central Uganda.

At Kachung in Lira, the board heard, that UGX. 500 million had been advanced to the contractor Ambitious Construction Ltd as part of the conditional 20 percent advance payment of the contract sum of UGX. 9.8 billion, but the corporation having failed to meet the obligation due to cash flow constraints got the contract cancelled.

“The contractor was asked to refund partial payment of Shs 500 million which was done,” Dr. Mugisha explained.

The refund reflected on the NWSC coffers in December 2019, according to the evidence on the record, seen by this website.

On the issue of the acquisition of the training centre in Westen Uganda, it was explained that the corporation got value for money, having purchased below the price as evaluated by the chief government valuer.

“The procurement was run in accordance with the PPDA rules and the contract was duly cleared by the Solicitor General,” an official said.

Dr. Mugisha, speaking to the media earlier in the month said that while allegations, published via an online newsite were not surprising, all lacked fact and proper hypothesis.

The allegations claim that Dr. Mugisha, has through the Bamugisha Community Welfare Ltd (BCWL) been misusing resources of the corporation to fund positive community initiatives to boost his wife — Bushenyi Woman MP NRM Flag Bearer Annet Katusiime Mugisha’s political fortunes but it was explained that there was no nexus between the corporation resources and funding of the NGO.

BCWL is a non-profit making private company limited by guarantee, that implements incentives aimed at improving the welfare of especially rural vulnerable communities.

According to returns filed at Uganda Registration Services Bureau (URSB), the company started running in 2014 and according to records, it has audited accounts up to December 2019.

“No money from NWSC coffers has ever been transferred to this company and staff who have contributed did so in private capacity,” officials explained.

Dr. Mugisha also has the the private company declared to the IGG in accordance with the Leadership Code.

Officials have also dismissed  allegations that Dr. Mugisha’s house in Mutundwe was erected on the corporation’s land meant for the NWSC reservoir, explaining that evidence on the record shows the NWSC MD bought the land from a one Esther Ampumuza about 6 years ago. The NWSC land houses a 1000 cm reservoir.

On the issue of the access road to the NWSC reservoir in Mutundwe, it was explained that the undertaking followed due process and was carried out to facilitate “all time access”.

“The Kampala Water management carried out all the civil works in accordance with the PPDA rules,” officials explained.

Officials have also explained that recruitment of staff at the corporation followed the corporation’s HR Manual while allegations that the recent changes in the internal audit personnel was linked a recently concluded external audit exercise.

It has also been explained that the corporation did not lose any money regarding the procurement of pre-paid meters for ministries and government departments.

In 2015, the NWSC undertook to install prepaid meters in ministries and government departments to help manage bills and prevent accumulation of arrears. The contract was worth UGX. 3.4 billion.

But according to Mr. Sam Apedel, the NWSC Senior Public Relations Manager, the contractor did not perform to expectations, and the procurement was cancelled after the Corporation systems identified the problem through the normal process of contract management. Another contractor was later engage and finished the job. An investigation by the PPDA has since recommended that staff involved in the evaluation be reprimanded and “management is still implementing the recommendations with a view of closing the matter”, officials explained.