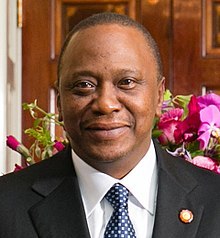 The Hemafuse device saves lives in trauma incidences, like ruptured ectopic pregnancies and ruptured spleens, as well as in planned surgeries

BALTIMORE, United States of America, October 29, 2020/ — Sisu Global’s (www.SisuGlobal.health) flagship medical device is Hemafuse, a surgical autotransfusion device that is revolutionizing blood access across Africa. There is a global shortage of 100 millions units of donor blood worldwide, and only 40% of the demand for blood transfusions is met across Africa. The COVID-19 pandemic has dramatically worsened the global blood shortage as blood drives and large gatherings have been cancelled. Autotransfusion is the process of salvaging and retransfusing the patient’s own blood in cases of internal bleeding. Studies show that autotransfusion reduces a patient’s recovery time and risk of infection and removes the potential for rejection when compared to donor blood. Notably, autotransfusion is viable for cases of ruptured ectopic pregnancy. Other viable cases include blunt trauma, traffic accidents, and cardiac and orthopedic surgeries.

Sisu Global’s Hemafuse device is a direct answer to this blood shortage through its ability to perform auto transfusions even in the most challenging environments as it is a completely manual device and doesn’t require any electricity. The device can be used both in emergencies and scheduled procedures to recover blood from where it pools inside of a patient into a blood bag, where it is immediately available to be re-transfused back to that same patient.

Hemafuse has been used in cases where there is no donor blood available, as well as the preferred option, over donor blood. When compared to auto transfusion, the use of donor blood comes with a higher risk of disease transfer, increased length of stay, readmissions, and other complications.

This past August, through Sisu’s partnership with Amref Health Africa, Hemafuse was introduced to five hospitals in frontier counties of Kenya addressing humanitarian challenges and with high incidences of emergency surgeries. Since this introduction, the Hemafuse has already been used to save multiple lives in cases of internal bleeding.

The Hemafuse training program began in these hospitals in late August and successfully finished in late September. Notably, the Hemafuse has already been successfully used twice in the Lodwar County Referral Hospital. The Lodwar County Referral Hospital is the only functional public hospital in the Turkana region and serves as the sole referral hospital for the Turkana region’s 90 health centers and dispensaries. Many patients from Uganda and South Sudan also utilize the Lodwar Hospital as their referral hospital, increasing the population coverage area for this hospital to almost 1 million people. One surgeon from the Lodwar Hospital said of the donor blood shortage faced by Lodwar County Referral Hospital: “Being one of the counties with vast land mass and well sparsely populated areas, LCRH has a satellite blood bank where at times they are able to do blood donation drive and send samples for testing to Eldoret especially when schools are open, but nonetheless the whole county relies on this satellite blood center which often is overwhelmed by the needs of patients requiring blood transfusion. Availability of blood products in the facility is also a big problem.”

In two recent cases, a Hemafuse device donated to Lodwar County Referral Hospital by the Amref Safe Motherhood project saved the life of a patient suffering from a ruptured ectopic pregnancy and another patient with a ruptured spleen from a road traffic accident; there was no available donor blood for either operation. A theatre nurse who used Hemafuse in the case of a ruptured ectopic pregnancy in Lodwar reported that, “Donor blood is a big challenge in Lodwar particularly due to cultural beliefs and the long distance/bad terrain which makes the blood donation a difficult exercise.” With the Hemafuse device, doctors were able to salvage four units of blood and retransfuse them immediately, saving both patient’s lives. The theatre nurse also said of the device, “It [Hemafuse] has been a great benefit…. so far it has saved lives and provides satisfaction too. As a health worker you go home knowing you have touched a life.”

On the introduction of Hemafuse to Lodwar, Sisu’s CEO stated, “Major surgeries typically require two units of blood on hand before they can commence. With Hemafuse, we are looking towards the future where a patient’s own blood can save them. At Lodwar Hospital and other hospitals across Kenya, Hemafuse has enabled surgeries that would otherwise not have been able to be performed. We commend the courageous work of our clinicians, patients, and families at Lodwar hospital and other hospitals across the globe and are glad we can do our part in saving lives. Even as we see a decrease in available donor blood due to the pandemic, we can increase access to blood by embracing innovation and the ability for patient’s to be their own blood donors.”

The surgeon who used the Hemafuse to operate on the patient with a ruptured spleen reported that the Hemafuse device is especially helpful in trauma cases that are a matter of life and death. “We shall be able to efficiently harvest the blood and provide it for the patient in the same setting. Issues of blood transfusion reactions will be no more if we use patients’ own blood to autotransfuse and provide volume deficits.”

In addition to Hemafuse’s ongoing success in Kenya, Sisu has seen early success in introducing Hemafuse to hospitals throughout Ghana. Sisu has completed a successful pilot of Hemafuse in three of the largest 10 hospitals in Ghana: Komfo Anokye Teaching Hospital, Korle Bu Teaching Hospital, and Tema General Hospital. Over the first three months of the pilot from December through March, we saw exponential growth of Hemafuse use at these three hospitals over a 3-month period. President Uhuru Kenyatta’s government has been supportive to its nationals health care.