Kananura Donati the Chairperson UMUBANO has rubbished a move to rename Ugandan banyarwanda as abavandimwe.

He said in a press conference at Mosa Courts in Kampala that “ It has come to the attention of the leadership of Ugandan Banyarwanda Cultural Development Association (UMUBANO), that a group of people calling itself Council for Bavandimwe/Banyarwanda has since March 15, 2021 been carrying out a campaign to rename our community of Ugandan Banyarwanda from “Banyarwanda” to “Abavandimwe”. This group is not part of or delegated by UMUBANO, but on frolic of their own” he said.

He said “ to begin with, Banyarwanda are an indigenous community to the territory of what came to be called Uganda, out of colonial territorial designs of 1926, and are listed as such in 3rd schedule of 1995 Uganda Constitution of Uganda” . 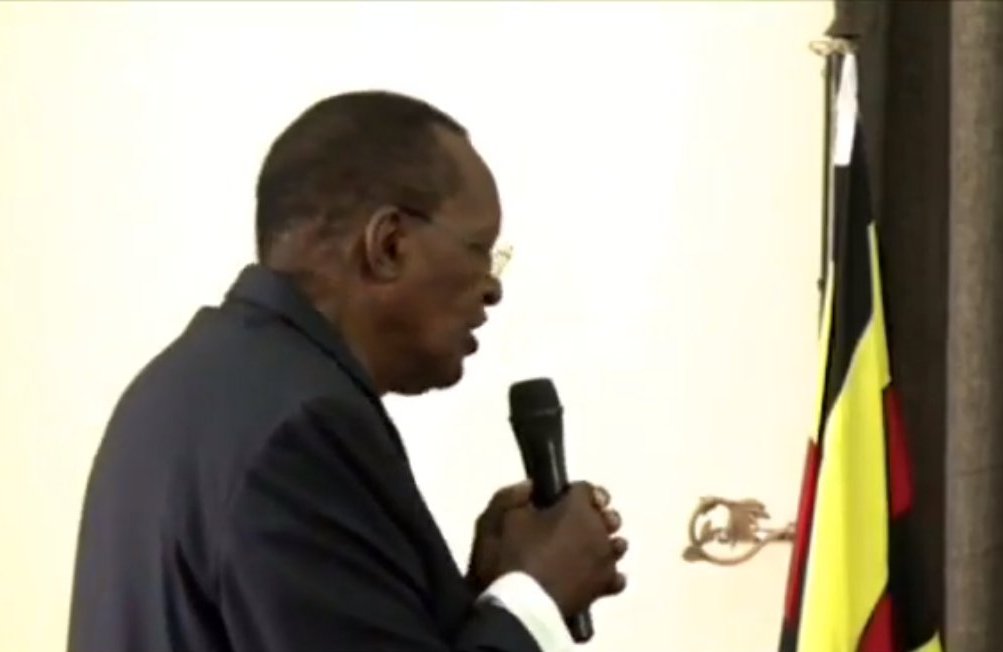 Kananura (in photo above) said UMUBANO represent and speaks for the interests of the Ugandan Banyarwanda, protects and promotes their identity, cultural values and traditions.

He added “UMUBANO wishes to state categorically that we do not subscribe to the idea of changing our identity as proposed by the above-mentioned group or at all. We disassociate ourselves from this group’s apparently uninformed proposal that has the effect of de-identifying, demeaning, indignifying, humiliating and therefore taking away the pride and esteem of the Ugandan Banyarwanda as a people”.

Umubano there called upon every Uganda Munyarwanda who is proud of his/her identity to condemn and dissociate themselves from the activities and schemes of the so-called Council for Abavandimwe, in seeking to change and take away our constitutionally vested identity as Ugandan Banyarwanda.

“We urge our community of Ugandan Banyarwanda, the public and relevant Government institutions and Media not to embrace or promote the purported proposal to change our community identity as Ugandan Banyarwanda. We have no reason whatsoever to change the name “Banyarwanda”, neither does anyone have the mandate to change our identity and history. We also warn the architects of this controversial scheme to stop confusing the public” Kananura added.

He said “we are aware many people from our community have been denied certain services and identification documents. The assertion by this group that changing name would avoid discrimination is an unfortunate surrender to such discrimination and will entrench rather than cure the same. The solution to the problem of discrimination of Ugandan Banyarwanda is not changing our identity but to sensitize our community and the public and continuously engage relevant authorities”.

The leadership of UMUBANO wishes to assure the Ugandan Banyarwanda community that no amount of injustice, scheming and oppression can make us change our identity.

UMUBANO has been in meaningful engagements with relevant departments of Government since 2018 and on this, we appreciate the developments so far achieved. We still have a long way to ensure that the injustices our people suffer are addressed. The engagement with Government authorities to address the issues of denial or confiscation of Passports and National Identity Cards from genuine Ugandan Banyarwanda shall continue in order to find a lasting solution to these problems.

Kananura was franked by his executive including Simon Kayitana the association activist.